The chinification of Europe is spreading like a virus as European cities, one after another, seem to be pushing the idea of the Chinese social credit system. It is not only in Bologna (Italy) that a digitally controlled social credit system is being prepared. There are similar projects in Bavaria (Germany) and Belgium, but they are not as far advanced as in Bologna. And now, the so-called “Vienna Token” will be tested in Austria’s federal capital Vienna in autumn.

All citizens of Vienna will be offered an app that rewards their behaviour with “Vienna Tokens”. Those who save CO2 will get points. The pilot project should have started in 2020, but will now start in autumn 2022.

It is not the first, but certainly the biggest intervention to date by globalists in the way of life of citizens, wrote Wochenblick, “good behaviour” will be rewarded but how long will it be before “dissidents” are punished?

The app recognises when people travel by foot, bicycle or public transport. The CO2 savings compared to travelling by car are then converted into tokens, which can be exchanged for a QR code granting cheap admission to public events.

During the pilot phase, the tokens will be called “Culture Tokens”. Once the application has been tested and is “available online” to the entire Viennese population, it will be known as “Vienna Tokens”.

According to TKP, the University of Vienna is conducting research on the social credit system in China. The project, ominously titled “Engineering a trustworthy society”, is being funded by the European Research Council (“ERC”) for 5 years with more than 1.8 million euros.

The ERC is well integrated into the globalist agenda. The ERC was invited to the 2019 World Economic Forum (“WEF”) summit. And George Soros’ Central European University (‘CEU’), which moved to Vienna in 2018, boasts close cooperation with the ERC.

Viennese officials want to benefit from the fact that the federal capital is one of the four UN headquarters. This makes it more committed to the implementation of the 17 UN Sustainable Development Goals (“SDGs”) of the 2030 Agenda.

Michael Ludwig, Mayor and Governor of Vienna, fully supports the transformation of Vienna into a fully networked “smart city”. With this smart city model, radical activists hope that analyses of consumer behaviour could even replace democratic elections.

Roope Mokka, a Finnish futurist and urban planner focusing on social transformations, delivered a lecture that found its way into the 2017 Smart Cities Charter of the German Ministry for the Environment, Nature Conservation, Building and Nuclear Safety. The 2017 Smart Cities Charter is in German, however, Wochenblink pointed out in a 2021 article that according to page 43 of the Charter:

According to Mokka, it is not only conceivable that decisions will be made by artificial intelligence in the future. He also believes that “private property could in fact be a luxury”. Data could complement or replace money as a currency.

And he also believes in a “post-vote society”. His assessment: “Because we know exactly what people want to do, there is less need for elections, majority voting or voting. Behavioural data can replace democracy as a social feedback system”.

This is a translation of the following article: https://www.alertadigital.com/2022/04/30/viena-tambien-se-esta-convirtiendo-en-un-campo-de-pruebas-para-un-sistema-de-credito-social-al-estilo-chino/ 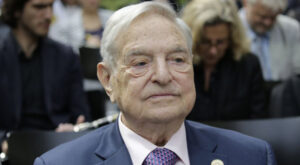