Sergio Velasco: In an interview published by the Hungarian daily Magyar Nemzet, the official of the Open Society Foundation, Andrej Nosko, revealed how the network of influence of international organisations works to manipulate the news against the European right.

Hungary and Poland have been the focus of political persecution from both the EU leadership and international organisations, which criticise their non-adherence to the wave of migration after the 2015 refugee crisis.

Specifically, Hungarian Prime Minister Viktor Orbán had already warned that the attack by George Soros through his organisations such as the Open Society was a reality, with funding for his political rivals, while the traditional press branded him a conspiracy theorist for saying such things.

We know first hand that Soros does not particularly like these countries, in an article in El País, he wrote in the headline “Europe must stand up to Hungary and Poland”.

But a few days ago we had official confirmation of these suspicions: the former director of the Open Society Foundation, Andrej Nosko, admitted that there has been an unfair and biased campaign against Hungary and Poland financed by them in a long video interview leaked by the Hungarian daily Magyar Nemzet.

The media recently received a set of documents from an unidentifiable email address. Among them is a several-hour Skype interview with a certain Andrej Nosko. But who is this guy and why is he important?

According to the article, Andrej Nosko has a PhD in political science from George Soros’ Central European University and until 2018 worked at the Open Society, Soros’ personal foundation, where he was director and then division head, with a budget of about $10 million a year, where most of the time he distributed the money to various like-minded think tanks.

The former director of the Open Society admitted that most press reports paint a distorted picture of both Hungary and Poland. According to Nosko, the cause is the decline in the quality of the European media. “The problem can be illustrated by the fact that there are far fewer foreign correspondents in the mainstream media, covering the affairs of more countries. This leads to a situation where it is very easy to bash Poland and Hungary without any real argument,” Nosko said.

He also acknowledges that there was a big problem of clientelism, providing money to like-minded organisations or friends of Open Society. “On several occasions, I myself have hired journalists to promote the material of fellow think tank members. So the game has not been very level,” explains Nosko, who believes that language also makes it relatively easy to misrepresent what is going on in Hungary.

“There are not many foreign journalists who speak Hungarian, so they can’t talk to ordinary people, for example, and they can’t read the local news,” Nosko explained.

“I say this from my own experience, as I knew several former correspondents who could neither speak nor read Hungarian,” he said in the interview. “Therefore, most of them can only rely on secondary sources.”

Mátyás Kálmán, who once worked for 24.hu and index.hu, two globalist media outlets in Hungary, is the journalist who revealed this interview that the mainstream media did not want to publish.

In response to a question about whether he has personally witnessed NGOs making foreign reporters dependent on them and effectively limiting their freedom, Kálmán said that “most NGOs do it, as does Amnesty International”.

Here we see the clear example that Viktor Orbán and Jarosław Kaczyński have been denouncing – these are not conspiracies, they are the plain and simple reality. This may have a great effect on the elections that will take place on 3 April in Hungary and may consecrate Orbán for the fourth time in a row.

This is a translation of the following article:  https://www.alertadigital.com/2022/02/09/un-ex-director-de-la-open-society-confirma-que-soros-y-amnistia-tienen-comprada-a-la-prensa-de-hungria-y-polonia/ 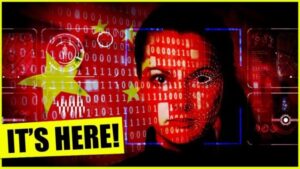 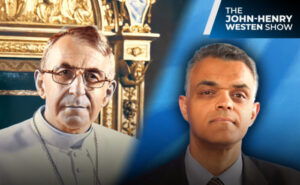